Why some people choose to go Vegetarian? 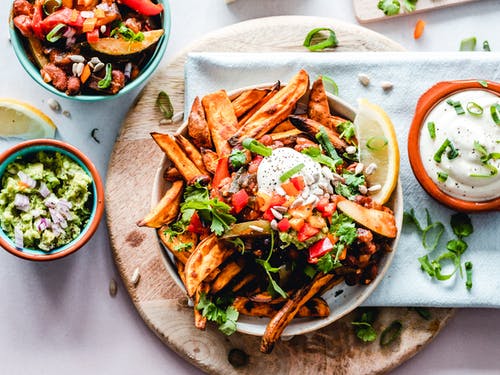 There are many reasons people become vegetarians. Personal preference plays a part, but there are other factors, as well. Is the person an animal lover? Are they concerned about the environment? Does omitting meat and poultry from their diets make them feel better, or do they have health concerns about eating these foods?

People believe that a meat-based diet contributes to heart disease and other illnesses as some vegetarians are concerned about the increase in antibiotic resistant bacteria because farm animals are given sub-therapeutic levels of those drugs for weight gain and to prevent disease. They learn how animals raised for food are treated. Many forcibly live in overcrowded, inhumane conditions before they are slaughtered. Like, veal is made from calves that are 5 months old. Chickens are forced to live cages and are de-beaked; slaughtered when they are 8 weeks old

People become vegetarians not only to maintain a healthy lifestyle and weight (on average, about 10% less). But also, to help strained budgets. Meat is an expensive source of protein. Vegetarians can gain proteins from plant and grain products to add essential amino acids to their diets, which can also save them a lot of money. If one switches to vegan diet, it benefits the environment as they can reduce your carbon footprint. Each pound of beef produced uses gasoline. To produce one pound of beef, farmers use 2,500 gallons of water and 12 pounds of grain. These resources can feed numerous people. Likewise, livestock production uses about 30 percent of the world’s fresh water supply

Vegetarianism is an element of religions– Hinduism and Buddhism. Living a vegetarian lifestyle advocates nonviolence and is part of spiritual fulfillment.

Studies confirm there are advantages to eating vegetarian foods like fruits, vegetables, grains, and soy. These foods help promote a healthier, longer life. Statistics show men who eat red meat have a higher likelihood of getting heart disease. Eating red meat can increase the risk of dying from several different diseases, including heart disease, cancer, stroke, diabetes, liver disease, respiratory illness, infections, and kidney disease. The World Health Organization classifies red meat as a “probable carcinogen.” Processed meat is considered a “definite cause” of cancer. The Centers for Disease Control and Prevention states that millions of Americans fall sick due to bacterial infections every year, which are difficult to treat.