Running of the Bulls Festival in Pamplona, Spain 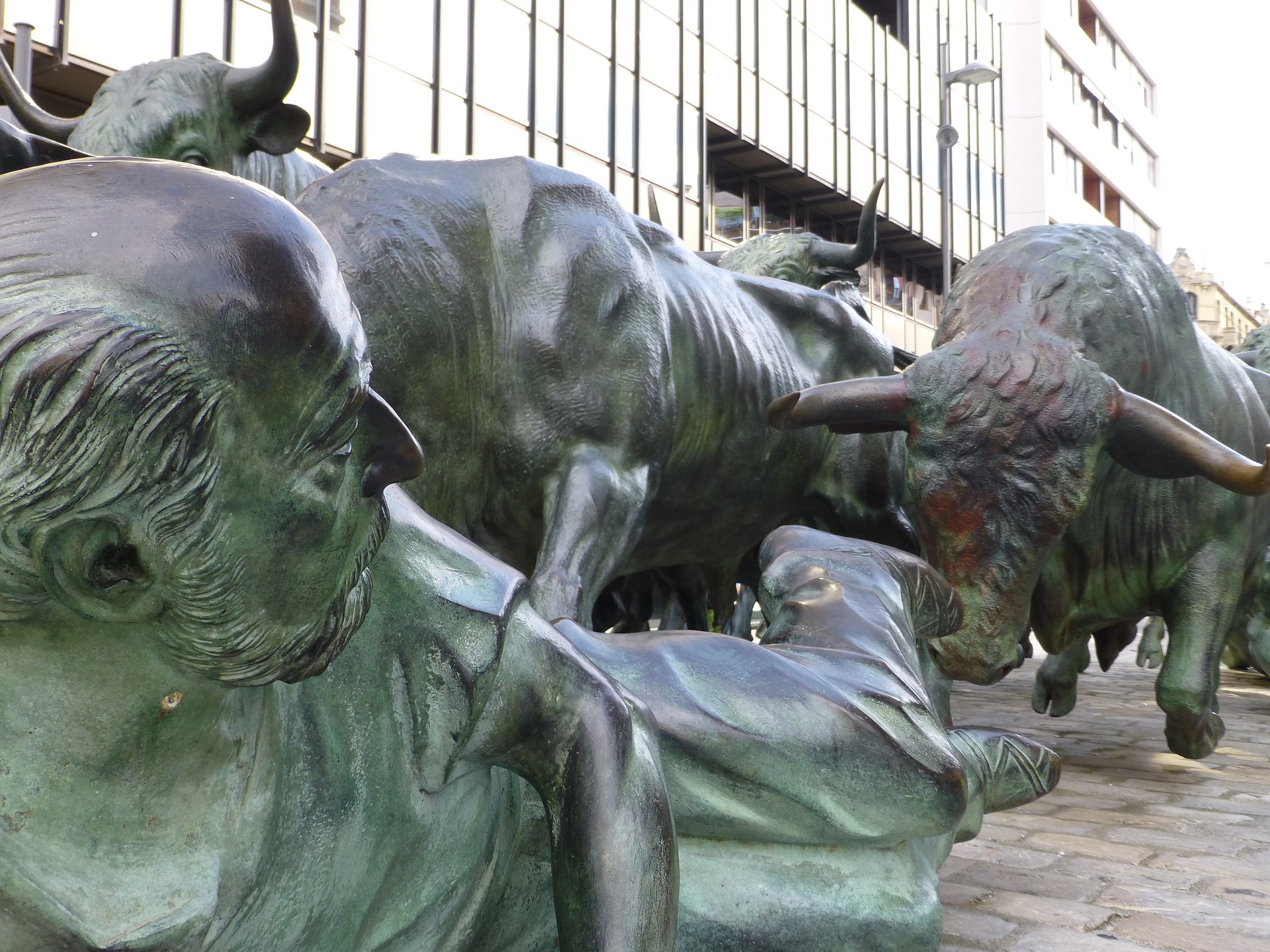 The bull – you wouldn’t like it when it’s angry. Did you know that a bull is incapable of distinguishing red from green? It charges when it sees the bullfighter waving the cape, regardless of colour. The Bulls festival in Pamplona, try it at your own peril.

In Spain, a bullfighter is called a torero. His (or her) formal title is matador de toros (killer of bulls). While regularly seen in the ring dressed in theatrical suits and waving a red cape, all these colours are more for the benefit of the spectators than for the bull itself. After all, the much-celebrated tradition of bullfighting, called corrida, is more of a performance art than a sport, although the cattle will likely disagree if it could.

So how do you know when a bull is angry? It’s all in the posturing. When a bull’s shoulders are hunched, hair raised and neck curved towards the threat – you know it’s angry. When it starts pawing or horning the ground, it’s probably getting ready to charge. At this point it would be wise to remember not to wave a white flag of surrender – it might just mistake you for a torero and charge.

The bullfighter is both an athlete and a master performer. It takes a certain skill to anger and then dodge a charging bull while making sure the audience is enjoying the show. Those with big cowboy dreams and very little training can join Pamplona’s famous festival Fiesta de San Fermin, a seven-day festival held every summer in the Spanish town. The objective is simple: Run for your life amidst a mad crush while six wild bulls are chasing you. You have to be at least 18, sober, give your word that you won’t anger the bulls, and be generally fearless.

The festival of San Fermín, or the Running of the Bulls as it’s more commonly known outside Spain, officially begins at midday on 6th July of every year with the ‘Chupinazo’ which takes place on the balcony of the Casa Consistorial in Pamplona. Thousands of people congregate in the square awaiting the mayor’s official announcement that the fiestas have begun, a rocket is launched and the partying begins.

Six wild bulls running in the streets sounds scary, and these animals aren’t even riled up. That happens much later in the ring, where the professional bullfighters take over.

Find out more about this exciting event here: http://www.bullrunpamplona.com. However, be warned that this event is definitely not for the faint of heart.

Posted in Lifestyle and tagged Running of the Bulls, San Fermín, Spain