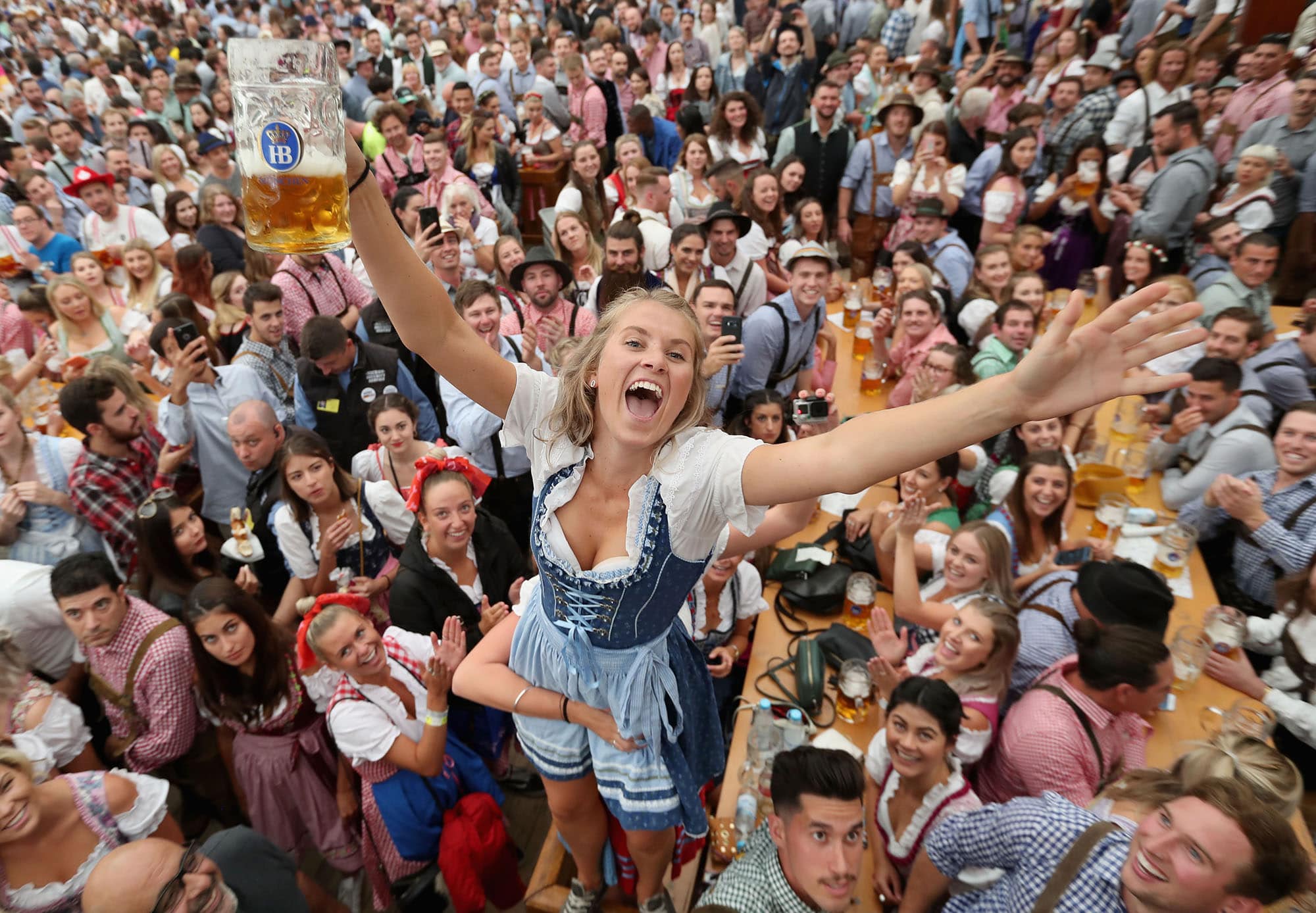 What comes to mind when you hear about Oktoberfest? Beer, of course. But did you know the traditional Oktoberfest Germans celebrate is a far cry from a regular Beerfest? And that it wasn’t always about beer?

Held annually in Munich, Bavaria, Germany, it is a 16- to 18-day folk festival running from mid or late September to the first weekend in October, with more than 6 million people from around the world attending the event every year.

The festival has its roots in history as well. It was first inspired by a festival to celebrate the royal wedding of the crown prince of Bavaria in 1810. While royal weddings at the time were usually only attended by nobles, Crown Prince Ludwig of Bavaria (later King Ludwig I) opened the festivities to the public. Some 40,000 people attended the joyous occasion, and the event was so successfully received by the public that they held it again the next year, using the festival to promote local agricultural products and crafts.

For many centuries before BMW set up shop in Munich, the horse races before the royal family was the highlight of the annual festival. Locals showed up in full Bavarian gear for the pomp and circumstance of the opening parade, and to cater to the growing crowd, bratwurst and beer stands opened in 1881.

Also, not just any beer can be served at Oktoberfest. They have to conform to the Reinheitsgebot, or the “German Beer Purity Law” in English, which is the collective name for a series of regulations limiting the ingredients in beer in Germany and the states of the former Holy Roman Empire. To be designated an ‘Oktoberfest Beer’ the brew has to contain about 6% alcohol (or more), made only from the ‘purest’ ingredients as stipulated by law, and brewed in Munich. The alcoholic beverage does not necessarily have to be brewed by friars, although many are. Beers meeting these criteria are designated Oktoberfest Beer.

Breweries that can produce ‘Oktoberfest Beer’ belong to the Club of Munich Brewers. These include:

Oktoberfest has come a long way. What started as an annual horse race and agricultural fair has become the must-attend event for beer lovers. While many attendees still show up to Oktoberfest in traditional Bavarian costume, horse racing is no longer part of the festival. With 6.4 million people consuming 7.1 million litres of beer (not to mention other alcoholic beverages), maybe dropping horse racing from the itinerary may not be such a bad thing.

You can also celebrate Oktoberfest in Singapore as well at places such as The Swiss Club, restaurants such as Paulaner Brauhaus and Brotzeit German Bier Bar & Restaurant or simply at street festivals such as Oktoberfest Asia 2017.

Posted in Drugs and Supplements, Food and tagged beer, Oktoberfest

« Persistent coughs and their causes
Paella, a Spanish classic in Valencia »