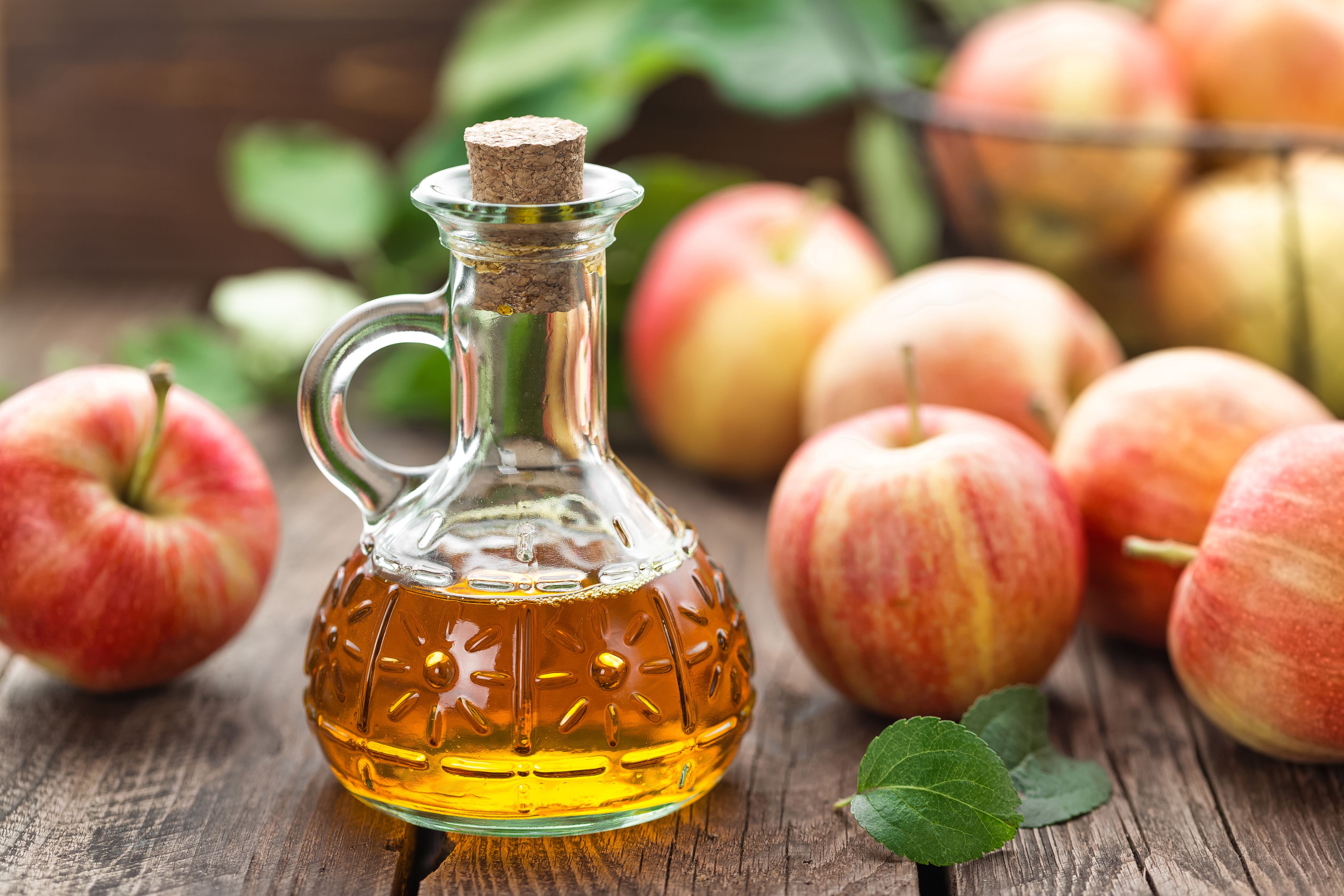 Apple Cider Vinegar has a long history as being a home remedy for certain ailments. Recently it has become trendy in the beauty, health and wellness world with many articles and celebrities claiming its good for this and that. So what is Apple cider vinegar?

There are many brands out there but the one that is commonly recommended is the raw apple cider vinegar with “the mother”. The mother refers to simple strands of protein, which contain enzymes and beneficial bacteria. It’s the cellulose and acetic acid that gives the cloudy appearance.

We suggest to slowly introduce apple cider vinegar into your system by either diluting it in water or adding it to certain foods.

Here are 6 health benefits of apple cider vinegar that are supported by scientific research.

1. It can help kill harmful bacteria

Apple cider vinegar has powerful antibacterial and anti-fungal properties, that can prevent the growth of harmful bacteria and fungus in our digestive tracts. This is important as gut-associated lymphoid tissue represents 70% of our immune system. The acetic acid in apple cider vinegar can help to kill pathogenic bacteria such as E.coli, as well as microbes and viruses. By increasing, stomach acid it actually drops the pH level of the stomach, which in turn helps kill any harmful microbes that we can get exposed to through food.

Many people, including celebrities, use apple cider vinegar for its potential for weight loss. Vinegar has been shown to lead to metabolic changes that support weight loss. It can also help reduce your appetite and maintain the fullness in the stomach after meals. However, please bear in mind that to see the best results will involve possible changes in your entire diet and lifestyle.

3. You could absorb more nutrients from your food

Another secret benefit of apple cider vinegar is that it can increase the nutrients you absorb from eating other foods. According to a scientific research article Bioscience, Biotechnology, and Biochemistry, vinegar can help your intestines to absorb calcium better. The prebiotics in apple cider vinegar that helps our good bacteria allow us to absorb the vitamins and minerals from our food more easily.

Although, there is no scientific evidence to suggest that using apple cider vinegar can replace insulin or other medications. There is, however evidence to support that it can increase the efficiency of insulin in breaking down sugar, even during a high-carb meal.  A daily dose of apple cider vinegar can help to stabilise and regulate your blood sugar. If you can also make lifestyle changes and increase your exercise daily routine this could dramatically reduce the symptoms of diabetes.

5. Lowers cholesterol and can improve your heart health

Unfortunately, heart disease is currently the worlds most common cause of premature health. Of course, some of these predisposing factors could be due to hereditary factors, nevertheless, changes to lifestyle can still have a huge impact on your overall health. Triglycerides (a type of fat (lipid) found in your blood) cause fatty plaque to develop and build-up around arteries. This build-up can eventually lead to a blockage in the artery, which will affect blood circulation. Certain studies, unfortunately on animals, have shown that apple cider vinegar reduces the animals cholesterol and triglyceride levels.

6. could reduce your risk of developing cancer

Interestingly, a few studies have shown that various types of vinegar have been shown to kill cancer cells and shrink tumors. It must be made clear though that the studies were done in isolated cells in a laboratory, or on rats, so let’s begin more human trials!  In addition, that being said, some observational studies have shown a possible increase in blabber cancer in Siberia but a reduction in oesophageal cancer in China. Clearly a lot more research and funding need to go into the possible benefits of whether apple cider vinegar can truly have an effect on cancer cells.

One year later, I am still using apple cider vinegar not only to hopefully benefit my overall health but it really helps me to digest high-carb meals and reduce stomach bloating. I would also highly recommend if drinking apple cider vinegar, brushing your teeth first may possibly reduce any possible tooth erosion. On a final note, my favourite brand of apple cider vinegar in Bragg organic, raw, unfiltered, with the ‘Mother’ (naturally gluten-free – certified non-GMO).

Posted in Food, Health and tagged Apple Cider Vinegar, health, healthy diet, Healthy food, Wellness
« Fish Spas – The Unseen Dangers
Why do we feel tired after being out in the sun? »