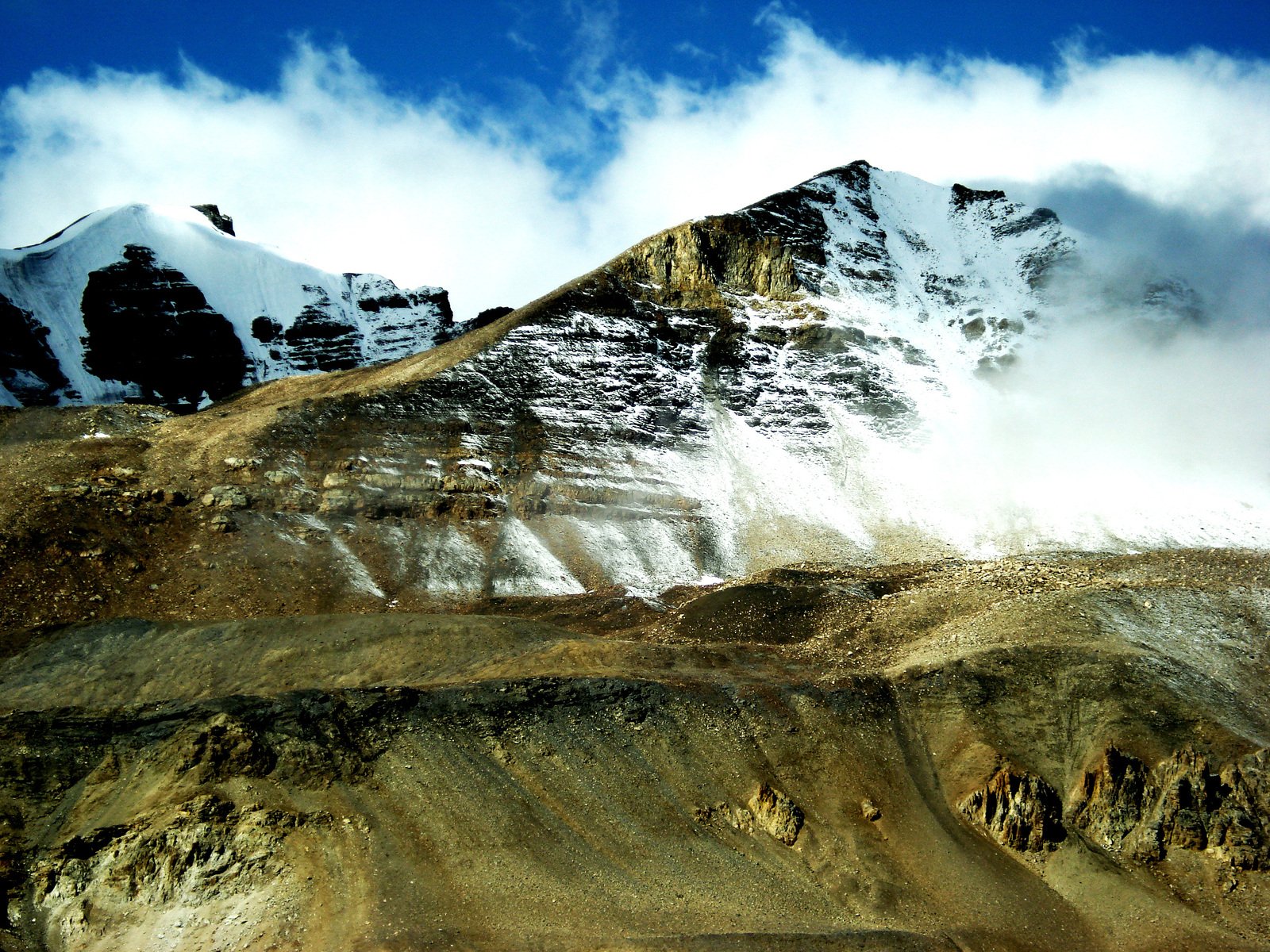 Nestled between the two highest mountains of Himalaya and Kunlun, Ladakh or translated “the land of high passes” by the residents was named for its location.

Ladakh is a barren cold mountain desert that can range above 30 degrees Centigrade to a drastic-40 Centigrade; where locals even described a man sitting in the sun with his feet in the shade can have sunstroke and frostbite simultaneously.

Scarcity of rainfall (average 50mm of rainfall annually) further denotes locals’ reliance of fresh water from the melted glaciers and snow for irrigation and consumption.

Yet global warming has melted away the Himalayan icy mass; the only essence to the natives’ survival.

Villagers suffered from rising temperatures lamented their struggles with tight excess of water streams during the critical farming months of April and May; overabundance of water during mid-June leading to flash floods, and steady streams unused flowing into the Indus river during September where the farming period ends.

Distraught by what happened in his hometown, Sonam Wangchuk devised the “Ice Stupas” as hope for the water crisis in Ladakh.

The melting dome shaped structure was modelled and even named after local Buddhist traditional worshipping mound.

It was refashioned after previous attempts of “grafting glaciers” in higher altitude (above 4000m altitude), fortunately Wangchuk’s Ice Stupas promised to endure in lower altitudes.

And it worked. It balances out the futile cycle earlier by freezing water during the winter and melts it during spring where the water will be put to good use.

The science behind it

Wangchuk built a long pipe underground with one end that sourced out streams of water on higher regions (60 meters), then another end where the Ice Stupa stood normally on a village where water is needed.

Ice Stupa demonstrated the law of physics where fluid will attempt to retain its level. The pressure of difference in height (60 meters upstream) will spray out a fountain of spring water, where frosty climates will instantly freeze the water. The cone takes its’ shape by the dribbling of crystallizing water.

The prototype of 20 feet tall can already bear a staggering 150,000 litre of water, they melted during spring and no superfluous of ice was seen during end of March. This solves the perpetual setback farmers in the region faced of volatile water supply from climate change.

However the impressive feat of Wangchuk’s Ice Stupa still requires lots of maintenance, “Currently they need a lot of manual intervention: the fountains can freeze when the pipes ice up, things like that,” says Wangchuk on CNN.

Wangchuk needed funds not only to sustain the prototypes, but to build new ones as well. His plan includes stupas of 80 feet in height catering for 10 hectares of land.

He enlisted crowdsourcing areas such as Indiegogo and even turn to his award prize from Rolex grant of 100,000 Swiss Franc prize (around $105,000) for fresh 20 batches of stupas each 100 feet high.

Wangchuk also thought of tourism as an alternative financial backing to his cause. He has this to say in CNN, “It will be an exclusive experience for people who are willing to pay for it, and the money will support the water for the farmers eliminating the shortage in the spring, which is what every farmer fears”.

He believed that stupas can be a portrayal of our inherent need to tie between science and the divine; and tackle the complex issue of climate change.