5 Unique and Uncommon Foods To Try When In Japan 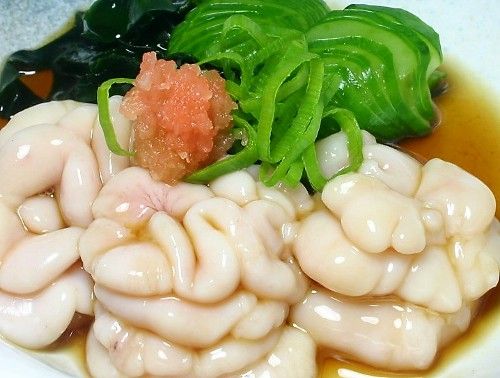 Japan is full of unique foods, but there are some which you seldom see it elsewhere. Uncommon as they are, they also have a distinctive flavour which, unfortunately, does not sit well with some people. Regardless, it is always fun and nothing wrong with trying something new. Who knows, you may even come to love it! Here are 5 types of food that you absolutely need to get your hands on in when in Japan:

Uni (pronounced as oo-ni) is actually sea urchin. Despite its relatively imposing appearance, it contains delicious and flavour soft meat that is almost buttery in flavour. It is considered a delicacy not only in Japan, but also in some Asian countries such as South Korea. Be prepared for the possibly hefty price tag that comes with uni, but the freshness and the taste are worth it.

Natto is fermented soybeans, and because it’s fermented, some people may not be pleased with the relatively pungent fragrance. However, it is filled with health benefits such as improving your gut health. Natto adds texture and a subtle but unique flavour to accompanying dishes. No wonder natto is an essential side dish for many Japanese households.

Fugu is blowfish. Unfortunately, it is a dangerous food to try. It contains poisonous compounds, more poisonous than cyanide. If it is not prepared properly, eating fugu can be fatal and kill. If you are an adventurous eater, try fugu. However, only have it in certified and proper establishments where the chef is specially trained to prepare fugu.  For the brave ones who have tried the poisonous fish, they have praised its deliciousness.

Simply put, omu-rice is omelette rice. It may sound ordinary, but there is definitely more than meets the eye. The rice is topped with a fluffy omelette that, when sliced, opens up to show a gooey and eggy goodness that gives has great texture. Topped with a special brown sauce, this dish is definitely not your everyday omelette rice and you must try it!

Shirako is fish sperm. Strange as it may be, it is regarded as a delicacy. With an acquired taste, it is understandable that not many people may become a big fan at first taste. However, it remains to be a popular bar snack dish in Japan. It is definitely a must-try! And whether you like it or not, you can tell people that you tasted fish sperm before. It will sure to open a fantastic conversation.

Japan has many unique and uncommon foods. Many people would deem them as ‘weird’ but that term shouldn’t be so casually used. After all, for those who grow up in Japan and have been around them for years, they are normal foods and delicacies, some can even be expensive. So for your next trip to Japan, do keep a lookout for these foods and try them (the fugu at your own risk) and open up your palette.