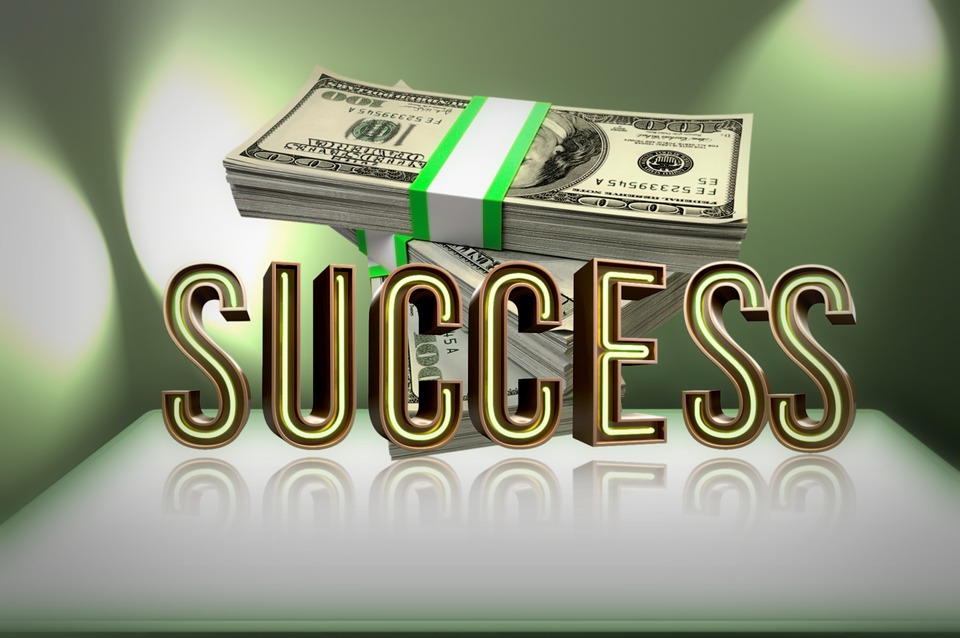 Forbes made a quick survey to find out how 400 billionaires on their list actually made their fortune.

Interestingly, out of these 400 individuals listed, 127 inherited their billions (It’s ok to feel green with envy ha ha). Fortunately, the rest of the 400 (273 to be precise) made their money by working hard for it.

Awesome, if these guys can make billions from a little hard work, then what is preventing us from at least making a little money the way they have in the past.

Ok, let’s take a look at the top 10 ways to make mega bucks:

Of course, manufacturing has many facets. If we look at the global electronics industry, this should be worth US$1.21 trillion by the end of 2018. If automobiles are more your thing, then think about reading up on Henry Ford and his early days in starting Ford the car company.

Living in Singapore, I have many Asian friends whose families own small to large manufacturing companies and factories, which have been handed down through the generations. Starting a manufacturing company from scratch, of course, takes a lot of capital, however, there is still hope – if you are wanting to start a manufacturing company and need a large factory to rent, then it may be worth investing in one of the up-and-coming countries, where you can humbly start your empire from.

Like sports or hate sports, one can not ignore the huge amount of money that flows in and out of sports entertainment. Invest or sponsor in the right team or sports star and you could be in for a nice tidy return. Just look at how MMA (Mixed Martial Arts) has taken the world by storm. The UFC (Ultimate Fighting Championship) was initially bought for US$2 million in 2001 and was recently sold for a reported US$4 billion.

If you are amazing enough to come up with the drug that can effectively cure HIV or cancer, then in return you may just become one of the richest people on that Forbes list. Ok, maybe that is a little ambitious, perhaps just something like a pill that makes everyone happy (actually that already exists and is banned) but you see what I am getting at.

I am sure most of you, however, brief your time on this earth has been, have bought or seen a Johnson & Johnson product somewhere or other. Well, if you haven’t then let me introduce to you one of (if not) the largest pharmaceutical company in the world. Johnson & Johnson reportedly has a net worth of US$65 billion, which is nothing to sniff at.

As a man living on a tropical island, I for one and very glad that Johnson & Johnson sell talcum powder to keep my nether regions nice and fresh. However, this pleasant freshness might come at a cost. Recently Johnson and Johnson’s talcum powder has been getting negative press for possible links to cancer.

We certainly have some big boy companies in this group. All of us living in a first world developed country are dependent on energy, we are addicted to its capabilities. The likes of Exxon Mobil, PetroChina and Royal Dutch Shell are some of the biggest companies in the world. Let’s not forget about our friends in the middle east; Saudi Arabia’s state owned petroleum and gas company has been estimated to be worth around US$10 trillion.

Ok, so maybe most of us on the planet won’t be able to own a trillion dollar oil and gas company. Still, don’t give up hope! Possibly you are the next Nikola Tesla and will patent sustainable free energy. That would truly put a spanner in the works for these companies mentioned above.

An essential part of life and one we will never live without (that is until we become AI hybrids). Just walk onto any high street or into a mall and you will stumble across McDonald’s (Golden Archers) or the “Finger Licking Good” KFC. It seems we can’t get enough of fast food. McDonald’s is reported to be worth US$104.42 billion, they must have sold a lot of Big Mac’s to accumulate so much wealth. The Finger Licking Colonel Sanders old company isn’t doing too badly either with KFC revenue reaching more than US$9 billion in 2016.

So, most of us missed out on investing in the McDonalds franchise but whats to stop you from starting your own F&B business. It’s not the easiest industry to break into due to having huge competition. Nevertheless, if you have a legendary secret recipe, that’s been handed down from generation to generation or have a flare in the kitchen it might be worth giving it a shot.

The media influences our lives every day via images, videos and occasionally thought-provoking articles (hopefully like this one). Of course, when we talk about social media the first company that comes to mind is Facebook. Mark Zuckerberg’s social media company is used by millions of us every day, whether it’s to contact an old friend, stalk someone or advertise your business. Of course, we also can’t go without mentioning the big daddy of them all Google, which apparently processes over 40,00 search queries every second.

If you aren’t a coding genius like Mr. Zuckerberg, with the potential to start your own social media empire, don’t fret. You could try your hand at becoming the next you YouTube sensation instead. The top ten YouTube richest stars have a combined wealth of over US70 million, which isn’t bad for entertaining people for a living via a website.

This is one that most men out there could probably need some help with. I for one, am in that category (with my favourite T-shirt being four years old and having holes in). Sometimes I walk around the high street, looking at the current “fashion” and wonder who on earth is buying this eccentric clothing – a fine example being high-end clothing lines. Now is a good time, I believe, to query why certain members of my gender feel it necessary to wear that god awful Hermes (H) belt, which set them back a cool US$800. Perhaps one should have invested that $800 in buying stocks in the retail industry instead (rant over).

The Forbes 400 list includes the founders of Forever 21 and the founder of Zara, who is now the third richest person in the world. All you need to start your own fashion line is to make a prototype (to show potential buyers/investors), source your materials, find a factory, fund your business and sell sell sell.

I’m sure that it comes as no surprise, that real estate makes it into the top ten ways of how billionaires make their money. Real estate is a great investment option and can generate an ongoing income source. It also stands a very good chance of rising in value over time, which in itself proves to be a good investment. However, it’s worth noting that you are prepared and ready to start building your real estate empire. Unlike other investments, you may need to spend money to maintain and care for your property in order to continue generating a source of income.

Singapore was a perfect example of an ideal real estate opportunity. In the mid-1970’s if you bought a home for around SGD$100,000 it would be worth approximately SGD$1.5 million today. Unfortunately, most of us reading this article weren’t alive at that time to invest in Singapore’s real estate. Nevertheless, there are other countries worth considering for potential investment. Many of my friends have turned their attention to buying property in places like Malaysia, Vietnam and Thailand.

It was either going to be here or at number 1 right? The technology industry is truly massive and is comprised of companies that design, manufacture or distribute electronic devices such as computers, computer services and software, scientific instruments and electronic components and products.

It appears that the race is on to which company will be the first with US$1 trillion market capitalisation. The two contenders are Apple and Amazon and since Apple has only US$255 billion to go, it appears Apple will get the crown by around 2019.

It’s time to brainstorm in your garage (like Steve Job’s and Steve Wozniak) with your nerdiest friend and try to come up with the next innovative “tech” company.

Well done, you finally made it to number one. It’s no surprise that investing would make number one. There are currently 77 self-made billionaires on the Forbes 400 list. Being an investor, you have the power to invest in many different fields, such as healthcare, manufacturing, tech etc. If you are not already an avid investor then think about investing in a book that can guide you like “The Intelligent Investor” by Benjamin Graham. This particular book was endorsed by the most successful investor in the world Warren Buffet, who is currently ranked fourth on the richest person in the world list.

Could you be the next Wolf of Wall Street?